Incoming Economy and Industry Minister Eli Cohen underscored the importance of safeguarding Israel’s industry while attracting new investors from abroad in the face of a new emphasis by America’s business-savvy President Donald Trump on keeping its own industry and jobs “at home.”

Minister and MK Cohen made his remarks at a ceremony held to welcome him to his new position at the Israeli Ministry of Economy and Industry in Jerusalem. Also attending was outgoing minister, Finance Minister Moshe Kahlon, the ministry’s director and other senior officials from the ministry and the Israeli economy.

“The State of Israel’s revenues comes from the business sector and it is in the country’s interest to see as many new ventures as possible open,” said Minister Cohen. “Education, welfare, security and culture all depend on the growth of the Israeli economy. A strong and stable economy brings a strong, equal society.”

Turning to Shraga Brosh, President of the Industrialists’ Association, Cohen said, “We are not one against the other, we are together. This is our common interest. Anyone who wants to open a venture in Israel – both international and local companies – will have a sympathetic ear here.

“As part of my job, I will act to bolster productivity, keep unemployment low, and invest in promoting technological education and maintaining employee rights – the source of human capital so important to develop,” Cohen said.

“A strong, competitive and efficient industry will enable fair employment for the benefit of employees and for economic growth,” commented Finance Minister Moshe Kahlon in response. 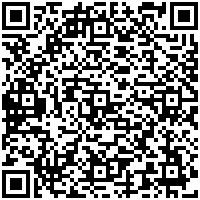