The Iranian Intelligence Ministry announced on Tuesday that “key members of an Israeli terrorist network have been identified and arrested.”

The statement said that Iranian intelligence forces, carrying out a series of sophisticated operations in a number of central and border provinces of Iran, managed to identify “a major Zionist network of terror and sabotage” and on Monday arrested “a number of criminal terrorists and mercenaries affiliated with the network.”


“…the complicated and months-long measures and moves made by the Iranian intelligence forces to identify the devils led to the discovery of the Zionists’ regional command center in one of the regional countries and discovering the identity of the agents active in that command center,” the statement added.

The statement also mentioned that the successful operation of the Iranian intelligence forces could foil several terrorist attacks in Iran in coming days since “a number of operating cells of this terror network were arrested as they were preparing for new terrorist operations.”

The Iranian Intelligence Ministry added that “a large amount of heavy bombs ready to be detonated, machine guns, handguns, silencers, and telecommunications devices were confiscated” from the terrorists.

The ministry cautioned that further details about the number of terrorists, their missions, seized equipment, and bases of operation cannot as of yet be released yet due to security considerations. 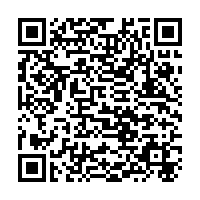