United Nations nuclear watchdogs said Thursday that Iran has installed next-generation centrifuges at the Natanz nuclear plant, and Prime Minister Binyamin Netanyahu quickly responded that it has come closer to his “red line.”

The International Atomic Energy Agency (IAEA) said it saw the centrifuges earlier this month, adding that “this is the first time that centrifuges more advanced than the IR-1 have been installed” at Natanz.


The report added that no new equipment has been installed at the underground Fordow plant, which can enrich uranium at a much higher grade than at Natanz.

“This is a very grave report which proves that Iran is continuing to make rapid progress toward the red line” that the Prime Minister drew in his speech at the United Nations in September, according to statement from his office.

The report makes the issue of the Iranian nuclear threat even more pressing for discussions with President Barack Obama when he visits next month, the Prime Minister’s office added.

The White House warned that the window for diplomacy “will not stay open indefinitely.”

Lapid to Visit Turkey After Herzog Thanks Erdoğan for Protecting Israelis 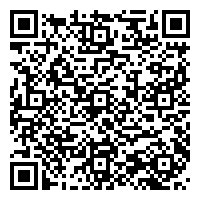