Iran’s Foreign Minister buried the Obama administration’s claim that the nuclear agreement will curtail Iran’s ballistic missile production and maintained that the prohibition is in a non-binding appendix of “ObamaDeal.”

Using ballistic missiles doesn’t violate the Joint Comprehensive Plan of Action (JCPOA); it is a violation of a paragraph in the annex of the (UN Security Council) Resolution (2231) which is non-binding

This paragraph (of the annex) speaks about missiles with nuclear warheads capability and since we don’t design any of our missiles for carrying nuclear weapons, therefore, this paragraph is not related to us at all.

That is pretty fancy mouth-work, even better than President Barack Obama’s.

Zarif is laughing all the way to the nuclear bank. He admits that the nuclear agreement prohibits ballistic missiles but since it is non-binding, so what?

And it doesn’t make any difference because the missiles are not meant for carrying nukes.

If anyone wants to inspect the military sites to make sure he is telling the truth, he can’t because military sites are off-limits. The Islamic Republic’s international affairs adviser to the regime stressed on Tuesday that Iran will not allow international inspectors visit our military centers and interfere in decisions about the type of Iran’s defensive weapons.”

Missiles like Shahab, Sejjil and the like, have never been used for carrying nuclear warheads, and therefore, are not subject to the paragraphs of the Vienna draft agreement.

Just take his word for it.

Zarif’s Foreign Ministry reassured everyone who still is listening that “Iran will continue its pioneering role in campaign against terrorism and violent extremism.”

We should under no circumstances relieve pressure on Iran relative to ballistic missile capabilities and arms trafficking.

Secretary of Defense Secretary Ash Carter, who is in Israel to go through the motions that ObamaDeal is good for Israel, told the Senate Armed Services Committee:

We want them [Iran] to continue to be isolated as a military and limited in terms of the kinds of equipment and material they are able to procure.

That is what he wants. That is not what he – and Israel – is going to get. 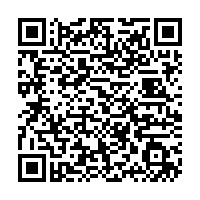