A new report on the Iranian nuclear arms program compiled by the Iranian opposition group Mujahedin-e Khalq (MEK) shows that Iran is in fact accelerating its efforts to build a nuclear bomb.

MEK is known for its ties with the CIA and the Mossad and was responsible for the revelation of the Natanz uranium enrichment plant in 2002.


The report was obtained by two major Western outlets, the German paper Die Welt and the Jerusalem Post.

The Post revealed that the headquarters of the Iranian organization dealing with the development of a nuclear weapon (known by its Farsi acronym SPND) is based in Mojdeh, a military facility near Tehran.

SPND has seven sub-divisions, each of them dealing with a different element of the process needed for building a nuclear weapon.

The MEK report appeared three days after a publication by the Washington based Institute for Science and International Security (ISIS) about the ‘washing’ of a building at Parchin, a military complex southeast of Tehran. The IAEA suspects that this building contains an explosive chamber used to carry out nuclear arms related experiments and has repeatedly demanded access to the complex.  Iran has not yet complied with this demand.

These revelations come a few days before Iran and the major world powers are to resume their talks about the Iranian nuclear program.

She said: “my ambition is that we come away with the beginning of the end of the nuclear weapons program in Iran.”

Ashton’s use of the term ‘nuclear weapons program’ however, clearly went beyond the usual EU description of Iranian nuclear activities.

Iran expert Emanuele Ottolenghi expects the MEK report to be a game-changer in Western perceptions of Iran’s nuclear program.

During the same speech Ahmadinejad made a veiled remark about certain developments in Iran that would enable Iran to become a “developed country.” As a result, he said, “Iran’s enemies would not be able to challenge the Islamic Republic anymore.” 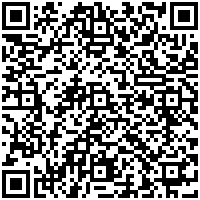