In a highly unusual public thrashing of a government lawyer for the Internal Revenue Service by the second highest U.S. court, the D.C. Circuit Court of Appeals, asked: “You don’t really mean that the IRS is free to discriminate against its citizens, do you?”

The judges asked this question several times in several different ways of the Department of Justice lawyer Teresa McLaughlin who had the misfortune of representing the IRS in a case filed against it by Z STREET*, a staunchly pro-Israel non-profit organization in a hearing on Monday morning, May 4.


Since August of 2010, the Z STREET case has been languishing in the U.S. court system. Z STREET sued the IRS because it learned from the IRS agent to whom its tax exempt application had been assigned, that its application would take some time to process because “the IRS had to give “special scrutiny to organizations connected to Israel,” and that the applications of such organizations “were sent to a special unit in Washington, D.C. to determine whether its activities contradicted the policies of this Administration,” according to its Complaint.

Z STREET sued the IRS for “viewpoint discrimination,” a violation of the U.S. Constitution. The claim is that the IRS did not provide Z STREET with a fair process, which is what it is now seeking, through this lawsuit.

Z STREET has made clear from the first document filed in this case and in every document filed over the past nearly five years of litigation that it was not seeking that the courts grant it a tax exemption (501(c)(3)), only that its application be afforded a Constitutionally fair process.

The IRS, in turn, has insisted in every one of its legal documents that Z STREET’s case should be dismissed because there is a statute, Sec. 7428 of the Internal Revenue Code, that allows it to bring a lawsuit seeking the tax exemption, which can be pursued 270 days after an application is filed if the IRS has not yet acted.

Last May the D.C. federal district court denied the IRS’s efforts to throw out Z STREET’s lawsuit, clearing the path for the critical phase of the lawsuit to begin: discovery, the portion of a lawsuit in which the parties have to truthfully answer questions under oath and must provide requested critical documents. At the 11th hour, the IRS filed a special kind of appeal, which the D.C. Circuit Appellate Court granted.

This Monday morning, the IRS’s lawyer had not gotten two sentences out of her mouth when Judges David Sentelle and David Tatel cut off the effort to once again mischaracterize the Z STREET claim and suggest that it should have pursued the Sec. 7428 option.

“That is an over broad characterization” of the claim, Judge Sentelle shot out, forcing the government lawyer to narrow the scope of the aperture, so that the goal of seeking a Constitutionally fair process was briefly acknowledged by McLaughlin. “Bingo!” Judge Sentelle exclaimed.

As the judges drew out McLaughlin’s grilling to more than twice the normally allotted time, the judges began to lose patience. Judge Tatel had to reassert the proper focus of the lawsuit: “Their [Z STREET’s] argument is this ‘Israel Special Process’ subjected them to a different standard, based on their viewpoint, subjecting them to a delay in the process. If they sue [later] for a [tax] refund that cannot remedy the delay.” In fact, he pointed out, “neither a refund nor a 7428 action could address that” discriminatory delay.

There was lots more pummeling of the government lawyer, as the Wall Street Journal pointed out repeatedly in its May 7 editorial, “The IRS Goes to Court” and subheadlined, “The Agency suggests it can discriminate for 270 days. Judges Gasp.” 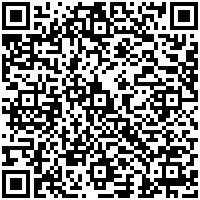