The problematic issues of the definition of “terror” and the standing of Arabs as equals in Israeli society came to a boil hours before Remembrance Day for Fallen Soldiers and Terror Victims Tuesday because an Arab victim of Jewish murderers has been honored as a terror victim.

Legally, abu Khdeir is a victim of terror as defined by the Defense Ministry, which said that he was killed in a “hostile “action, and by the National Insurance Institute (Bituach Leumi.)

The Almagor terror victims association is furious at abu Khdeir’s inclusion as a terror victim, insisting the revenge act was nothing less and nothing more than murder.

If the execution by fire of the eastern Jerusalem teenager was terror, there is no question he should be added to the list of terror victims, just as names of all victims of a terrorist attack on a bus or public square are added to the plaque, regardless of religion or ethnicity.

Like it not, Arabs and Jews have equal status, as stated in the Declaration of Independence. They have no obligation to fight in the IDF, but some do.

However, many more have turned against the country, and even some Arab Knesset Members routinely call for the end of Israel as a Jewish state and for the immigration of several million Arabs from foreign countries, where UNRWA keeps them penned as “refugees.”

It no longer is rare for an Arab with Israeli citizenship to act alone or in cooperation with Hamas and the Palestinian Authority to attack Jews simply because they are Jews.

There is no universal definition of the term.

The dictionary meaning of “terror” the “use of violence and threats to intimidate or coerce, especially for political purposes.”

[They are] acts that appear to be intended (i) to intimidate or coerce a civilian population; (ii) to influence the policy of a government by intimidation or coercion; or (iii) to affect the conduct of a government by mass destruction, assassination, or kidnapping.

It has been trendy among the liberal media to call Israeli vandalism against Arabs as “price tag terrorism,” while almost every foreign and even some Israeli news outlets always refer to Hamas murders as “militants” and not “terrorists.”

Counter-terror expert Dr. Bruce Hoffman has succinctly stated the political overtones of the use of the word terror. In short, it all depends on whose ox is terrorizing and whose ox is being terrorized.

Terrorism is a pejorative term. It is a word with intrinsically negative connotations that is generally applied to one’s enemies and opponents, or to those with whom one disagrees and would otherwise prefer to ignore…

Hence the decision to call someone or label some organization ‘terrorist’ becomes almost unavoidably subjective, depending largely on whether one sympathizes with or opposes the person/group/cause concerned.

Arab terrorists, or call them what you will, almost always have been members of an organization until recent years, when the phrase “lone terrorist” cropped up.

Jewish “terrorists” almost always have been lone rangers. Occasionally, the Israel Security Agency (Shin Bet) exposes a cell, but there never has been any large-scale Jewish terror organization. 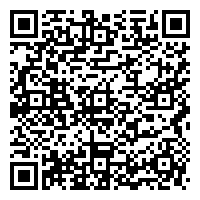