On Monday, Jan. 12, two of the social media accounts belonging to the U.S.Central Command (CENTCOM) were hacked by forces friendly to ISIS.

CENTCOM’s  Twitter and YouTube accounts were hacked and for several minutes carried messages promoting the Islamic State. One message said: “AMERICAN SOLDIERS, WE ARE COMING, WATCH YOUR BACK. ISIS.”


An entity claiming to be the “CyberCaliphate” took responsibility for the attacks.

In some of the messages posted by the hackers, identifying information such as email addresses and home addresses of top U.S. Generals were included. In addition, powerpoint slides which purported to be plans for dealing with Korea and China were posted. Other threatening messages such as “in the name of Allah we are watching you,” were posted.

“We can confirm that the U.S. Central Command Twitter account was compromised earlier today,” a Defense official told Fox News. “CENTCOM is taking appropriate measure to address the matter.”

White House Press Secretary Josh Earnest acknowledged that the hacking was taken very seriously by the White House, but took pains to emphasize the difference between a “large data breach” and the “hacking of a Twitter account.” He said officials are investigating the extent of the incident.

U.S.Central Command (CENTCOM) is one of nine unified commands in the United States military. CENTCOM’s area of responsibility is located between the European and Pacific combatant commands.  CENTCOM covers the “central” area of the world, and consists of 20 countries, including Afghanistan, Egypt, Iran, Iraq, Kazakhstan, Kuwait, Lebanon, Pakistan, Qatar, Saudi Arabia, Syria and Yemen. 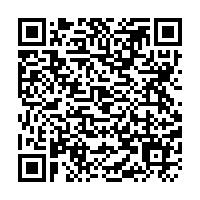