A collaboration of Shabak, IDF and Police has led to the arrest of the support network of the two terrorist cousins from the town of Yata in Judea and Samaria who carried out the June 16 attack at the Max Brenner Café, killing four Israelis and wounding 15.

As part of the investigation, a Yata resident named Yunis Ayish Musa Zin, 22, who confessed to planning to go out on an attack with the two cousins, but ended up staying home because of “technical” issues. He admitted to providing the two terrorists with their weapons and surrendered his own home-made “Carlo” rifle.


Zayn planned to commit the attack along with the two terrorists, but his friends convinced him not to because he has financial debts and therefore would not achieve the status of “shahid,” or martyr, according to Muslim belief.

In their Shabak interrogation it was discovered that the two terrorists began planning their attack in January 2016. Their original plan was to shoot the passengers inside a train car. Their eventual decision to attack the café was haphazard.

The two terrorists entered Israel through what the Shabak version describes as a hole in the security fence in south Hebron Mountain, but which local Jewish residents describe as no fence at all. The two were driven by Salim Mugnam, 23, also a resident of Yata, who is under arrest.

The two terrorists spent some time in a Bedouin village called Segev Shalom, in an apartment rented by illegal Arab workers from the PA. After a few hours there, they continued their journey to Tel Aviv.

The two terrorists purchased suits and luxury items before the attack in order to blend in with the Tel Aviv crowd, the Shin Bet investigation revealed. Zayn supplied them with three rifles and they also carried two knives dipped in rat poison so that they could stab civilians should the rifles malfunction.

Ten Yata residents altogether have been arrested on suspicion of aiding and abetting the terrorists, including manufacturing the weapons they used and coordinating their trip into downtown Tel Aviv.

After the attack, both gunmen attempted to flee in different directions after the attack. Khaled was shot by security forces and apprehended while Muhammad blended in with the fleeing civilians. Muhammad went inside a residential building and hid inside a policeman’s apartment who didn’t realize at first that Muhammad was the terrorist. When the policeman saw the second terrorist outside, he returned home with other policemen to arrested him.

Content by Michael Bachner/TPS was used in this article. 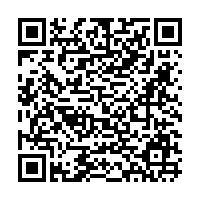