Prime Minister Benjamin Netanyahu on Monday met with Comprehensive Nuclear Test Ban Treaty Organization Executive Secretary Dr. Lassina Zerbo and told her that the State of Israel supports the treaty and its goals, which is why it was happy to sign it. However, as the Prime Minister’s press release put it, “the issue of ratification depends on the regional context and the appropriate timing.”

Or, as Dr. Zerbo told the AP, Netanyahu considers the issue of ratifying the treaty a matter of “when, rather than if.”


Dr. Zerbo arrived in Israel at the invitation of Atomic Energy Commission Director Zeev Senir. It is Dr. Zerbo’s third visit to Israel as CNTBTO Executive Secretary and marks 20 years since the Comprehensive Nuclear Test Ban Treaty was opened for signing. According to the prime minister’s office, the visit was “an expression of the longstanding successful cooperation between Israel and the organization.”

The Comprehensive Nuclear-Test-Ban Treaty (CTBT) is a multilateral treaty by states that agree to ban all nuclear explosions in all environments, for military or civilian purposes. It was adopted by the United Nations General Assembly on September 10, 1996 but is yet enter into force. Israel was active in negotiating the treaty and signed it in 1996. It is represented in the organization by an envoy with ambassadorial rank and is taking part in building a verification regime for the treaty.

The Treaty was opened for signature in New York on September 24, 1996, at which point it was signed by 71 States, including five of the eight then nuclear-capable states. As of March 2015, 164 states have ratified the CTBT and another 19 states have signed but not ratified it.

The treaty will enter into force 180 days after the 44 states listed in Annex 2 of the treaty have ratified it. These “Annex 2 states” are states that participated in the CTBT’s negotiations between 1994 and 1996 and possessed nuclear power reactors or research reactors at that time. As of 2015, eight Annex 2 states have not ratified the treaty: China, Egypt, Iran, Israel and the United States, which have signed but not ratified the Treaty; and India, North Korea and Pakistan have not signed it at all. 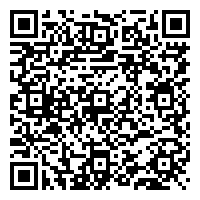