Israel ranks as the third-largest provider of U.S. television content after the U.K. and the Netherlands, Forbes reported.

Three Israeli companies—Armoza Formats, Keshet Media Group, and Dori Media—have sold the concepts of more than 100 shows to many countries around the world including France, Brazil, Indonesia, and the United States.


Noa Tishby, a well-known Israeli-American actress and producer, began the trend of selling show concepts abroad by selling the Israeli drama “Be’Tipul” to the HBO network. The American version, “In Treatment,” aired from 2008 to 2010, and won two Emmys and a Golden Globe. The show “Homeland,” which stars Claire Danes, is based on the Israeli show “Hatufim.”

“Israeli filmmakers simply learned how to tell a story, as opposed to just making statements, and Hollywood realized that here you have a great pool of talent,” said Consul General of Israel in New York Ido Aharoni.

“It took awhile. But there’s no question that Hollywood caught on and realized that U.S. audiences were attracted to the distinctive creativity of Israeli companies,” said Israel’s Avi Armoza, CEO and founder of Armoza Formats. 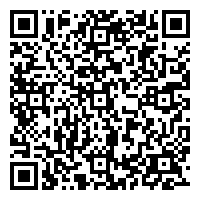