Tel Aviv (TPS) – A horrific gang rape of a mentally-handicapped Jewish woman earlier this month, allegedly committed by three Palestinian Authority Arabs who shouted anti-Semitic comments during the attack, has shaken Israeli society and stirred outrage – including towards the police, who apparently kept the case under wraps for weeks for fear of stoking tensions between Jews and Arabs.

The police announced on Wednesday it had arrested two Palestinian Authority Arabs for the rape of a 20-year-old disabled Israeli woman in southern Tel Aviv on Israeli Independence Day several weeks ago. Imad Al-Din Daraghmeh, 42, is accused of filming as he and two other attackers raped, urinated, and spit on the young woman – all while berating her with anti-Semitic slurs. He also allegedly threatened to murder her aunt and brother if she complained to the police.

The second Palestinian Authority Arab suspect arrested is underage and a third suspect escaped and remains at large.

Meanwhile, right-wing politicians and feminist activists are trading accusations of hypocrisy and selective attention to sexual violence, while the police is under fire for silencing the incident for almost two weeks in an apparent effort to avoid ethnic violence over the emotionally charged crimes.

“It’s an unfathomable horror,” wrote Likud lawmaker Yoav Kisch on Facebook on Wednesday. “The more details of the rape investigation involving the young girl that are revealed, the more I shudder.”

Yet Kisch also rebuked both the police and feminist activists for supposed silence.

“I am horrified at the police’s decision to silence the incident in order to ‘prevent riots,’ but it is mainly the silence that infuriates me. Where are all the heroines of women’s rights? Where are the celebrated feminists?” he asked, accusing his “left-wing colleagues” of not speaking out because the suspected perpetrators are Palestinians.

Michal Rozin, a Knesset member with the left-wing Meretz party, wrote a letter to Public Security Minister Gilad Erdan on Wednesday blasting the police’s handling of the case, suggesting that the hush around the case allowed the third suspect to escape.

“This is unacceptable and seriously damages the proper procedure in such cases. I ask you to clarify whether this is a case of police negligence, in addition to the violation of the victim’s rights,” she wrote.

Some activists voiced concern about the politicization of the attack.

“This incident should not be silenced or taken lightly – it’s awful – but such stories also shouldn’t be used to slander a specific group. Those who did it are bad people regardless of their ethnicity,” argued Nitzan Levenberg, an Israeli journalist and feminist activist, in an interview with Tazpit Press Service (TPS).

“The practice of expressing shock and outrage over violence against women only when the perpetrators are the ‘enemy’ exists all around the world,” she added. “It highlights the view of female sexuality as a tool of war, and such cases are used as a justification for bigoted and racist viewpoints.”

Prime Minister Benjamin Netanyahu, for his part, lambasted politicians and the press for not loudly deploring the attack.

“This is a shocking crime that must be condemned across the board. But for some reason such a condemnation hasn’t been heard – not in the press and not across the political spectrum,” Netanyahu wrote on his Facebook page on Thursday night.

Netanyahu then intimated that there is a double standard for Jewish victims as opposed to Palestinian ones – and that had the roles been reversed the public outcry would be much greater.

“One can only imagine what would happen in the reverse case,” he said.

Joshua B. Dermer and Michael Zeff contributed to this article. 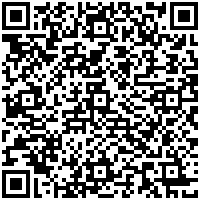