An Israeli-Arab citizen who ran over a border policeman, two IDF soldiers and a civilian in Acre (Acco) on March 4 has been indicted for attempted murder in the course of an act of terrorism, police said Thursday.

Malek Yusef Nahar Assadi, a resident of Shefaram, plowed his car into people at several locations around the city. He was arrested at one of the scenes after having been shot by a passing soldier; Israel Security Agency (Shin Bet) investigators now say that Assadi acted for nationalistic-ideological motives.

Initial investigation into the incident suggested the possibility that Assadi may have been sparked to violence after receiving an NIS 1,000 fine prior to the incident. However, Acre Police Chief Yaniv Ronen said the driver’s identity was known to police and they were still examining all possible motives, including terrorism.

Assadi was charged with five counts of attempted murder under the Anti-terrorism Ordinance. Police have asked the court to extend his remand until the conclusion of the legal process against him . 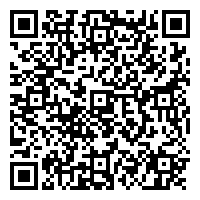