Prosecutors filed an indictment against Abed al-Karim Assi Thursday for the murder of Itamar Ben-Gal Thursday on February 5.


Al-Karim, the son of an Israeli-Arab and a Palestinian-Authority father, grew up in Jaffa and has been known to the Israeli social service system for several years. He is suspected of attacking Ben-Gal with a knife at a bus stop outside of the Samaria town of Ariel.

According to the indictment, al-Karim decided to carry out an attack against Jews after having an argument earlier in the day with an IDF soldier at the same spot. Following the argument, al-Karim allegedly traveled to Nablus, where he purchased two 27 centimeter knives and returned to the junction where he spotted Ben-Gal, who was wearing a yarmulke “looked Jewish.”

According to the indictment, al-Karim stabbed Ben-Gal in the chest and abdomen “with great force,” refusing to let up even as the victim attempted to flee the scene. Ben-Gal was rushed to a hospital in critical condition, but doctors were unable to save his life.

Prosecutors have requested that al-Karim remain in custody until the conclusion of all court proceedings against him. 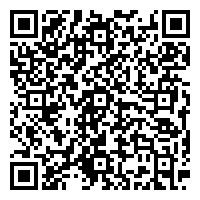