(JNi.media) A genetic analysis laboratory in Katzrin, in the Golan Heights, has announced a new development allowing the identification of an inherited predisposition to prostate and other cancers in families with a history of cancer—a full 10 to 15 years before any symptoms of early cancer are presented.

Galil Genetic Analysis (GGA) says it is leading the revolution in genetic diagnostic testing in Israel, and is the largest private genetics laboratory in the country, dealing, among other areas, in Oncogenetics predisposition testing.


The company’s stated goal is that its genetic testing be used to provide all patients with a confirmed diagnosis of their chances to have cancer in the next 10 to 15 years, so that they can receive the most appropriate medical and pharmaceutical treatment.

According to GGA’s website, each patient can become aware of potential medical risks according to his or her genetic background, as well as family members’, and be able to reduce the risk for biological relatives.

These promises are apparently already being fulfilled today, according to a Monday report in Ynet. The patient is referred to the GGA lab by an oncologist, and the exam is done privately, since Israel’s HMOs do not yet provide for it.

The patient gives a blood or saliva sample which is sent to GGA in Katzrin. The test device scans 12 to 66 genes, and is capable of detecting risk for prostate, colon, breast, ovarian, pancreatic and skin cancers, to name a few.

The cost of the test ranges from $1,600 to $2,000. The genetic analysis takes five to seven weeks, and the results are sent to the referring oncologist, who then deciphers the results and invites the patient for consultation.

The test detects mutations in genes, allowing the attending physician to better understand the characteristics of the disease and tailor an optimal treatment for it. The patient would typically also be at a high risk to develop other cancers, and would benefit from the increased surveillance efforts to get early detection of additional tumors. This patient may receive preventive treatments and be warned about exposure to cancer causing factors.

The company’s most ambitious goal is to get to a place where, in each individual medical record, the predicted reactions to drugs will be listed, so that, when necessary, the patient will be treated accordingly.

Their website promises emphatically: “Pharmaceutical treatment will no longer be provided by the method of trial and error.”

According to the Israel Cancer Association, in 2012, 28,709 individuals were diagnosed with malignant tumors in Israel and 10,640 succumbed to the disease.

The main cancers that account for 50% of overall cancer morbidity among men are prostate, lung, and colorectal cancers, and cancer of the urethral diverticulum, as well as non-Hodgkin’s lymphoma (NHL). Among women the reigning causes are breast, colorectal, and uterine cancers, as well as NHL.

The main cancers that account for over 50% of overall mortality are similar among the Jewish and Arab populations, in men: lung, colorectal and pancreatic cancers, in women: breast, colorectal and lung cancers.

Compared with cancer mortality in OECD countries, as of 2011, Israel ranks below average, with a relatively low mortality rate (8th lowest). 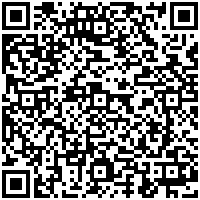