In May, Deputy Minister of Health Yaacov Litzman announced he planned to reduce the waiting time for an MRI, to a maximum of 3 days.

Last week, Litzman announced at the Hebrew University-Hadassah Medical School in Jerusalem, that the Health Ministry will pay for half the cost of an MRI for any public hospital that doesn’t have one yet, according to a JPost report.


Until now, due to a 1994 law, only a limited number of hospitals were able to acquire licenses for MRI machines from the Finance Ministry.

Despite the restrictions of the law, Litzman has been working to introduce MRIs into all the hospitals in Israel.

Litzman also said that he wouldn’t let the debt-ridden hospital fall. He plans to appoint Professor Mordechai Shani as the head of the Hadassah Medical Organization.

Shani is the head of the very profitable Sheba Medical Center. 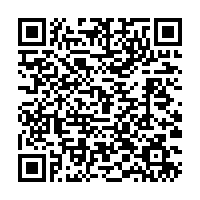