The first of three or four boats trying to break Israel’s anti-terror maritime embargo on Gaza left the Greek island of Crete Friday morning and is scheduled to dock in Gaza on Sunday or morning.

Israel has said that the boats will not reach Gaza under any circumstances.


The Israeli Navy will stop the flotilla, as it has done in the past, but activists say that since the Marianne of Gothenburg boat flies the Swedish flag, Israel could be accused of a war crime

“War crime” is the buzz words these days, usually referring to any action by Israel that does not further the aims of the Palestinian Authority, which yesterday said it is bringing  to the International Criminal Court (ICC) charges that building homes for Jews and a highway in Jerusalem are war crimes.

Pro-Hamas activists have learned their lessons from previous publicity stunts and are keeping mum on the boats’ location, a rather childish act since the IDF has enough surveillance equipment to know exactly where they are without any help from the flotilla’s public relations staff.

The departure date of the flotilla had been delayed. Activists claim that Israeli agents sabotaged at least one of the boats, but others say that inclement weather forced the activists to postpone their trip.

As usual, the activists are trying to attract as much attentions as possible and have brought an Israeli Arab Knesset Member with them. MK Basel Ghattas and a former Tunisian president are among the 70 people on board the lead ship.

Organizers of the flotillas have assured Prime Minister Binyamin Netanyahu that they are not bringing any weapons with them. In 2010, Turkish-based terrorists used iron bars and two pistols to challenge Israeli Navy officers who boarded the Mavi Mamara ship. Ten of the terrorists were killed in the clash.

“If there is some kind of violent confrontation, it won’t come from our side,” a left-wing Israeli activist said.

The Marianne is carrying one solar panel and medical supplies, all of which can easily reach Gaza by land from Israel. A single solar panel is absolutely useless, except as propaganda to “con the world,” as seen in the video below.

Lost in the hype and reports by establishment media that are hungry for anti-Israel news is the fact the solar panels and medical supplies cannot enter Gaza so freely from Egypt, which has blocked passage several times, including this past month.

The last word in the new flotilla stunt already has been written: The IDF will stop the boats before they can get too close to Gaza, the Foreign Ministry told The JewishPress.com.

If the passengers indeed are unarmed, the whole scene will be a circus for the media.

The IDF will warn the captain of the boats not to proceed. He will refuse, forcing the Navy to surround the ships.

The Navy officers will try to find a way to take over the wheel if the captain does not cooperate.

Everyone will arrive in the port of Ashdod, and the passengers will call the soldiers “war criminals” and perhaps will sit down in a circle and clasp hands, singing “We shall overcome” as four soldiers haul each passenger off the boat.

The news photographers will love it, and perhaps Gaza terrorists will celebrate by launching a rocket or two at Israel.

If they are lucky, the missiles won’t fall short and explode on a house in Gaza, in which case Israel would be accused of committing a war crime because the “occupation made them do it.”

Below is the video “We Con the World,” produce by the Latma satirical group after the Mavi Mamaras clash five years ago. 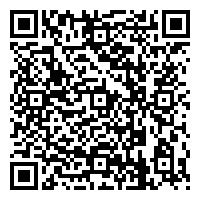