Jerusalem (TPS) – A man from the Palestinian Authority with a history of attempted attacks against Israeli targets was arrested on Monday after planning another attack against police and Border Police forces in Jerusalem. The man, who entered the city illegally, was released from prison just two days earlier.


According to a Jerusalem Police spokesperson, forces operating in the Old City noticed a suspicious young man walking near them. They detained him and discovered that he had illegally crossed into Israeli-controlled territory from his hometown of Ramallah.

The 28-year-old man was then taken for questioning, where he admitted he was intending to commit an attack against Israeli security forces and was searching for potential targets. The police believe that the Jerusalem Magistrates Court will extend his remand.

Interrogators who questioned the suspect discovered that he was released from prison just two days earlier after having been convicted of security-related offenses. He returned to his home in Ramallah upon being released, but crossed illegally into Jerusalem shortly thereafter.

The man was arrested as a teenager on the Temple Mount in 2004 after he attempted to stab a police officer at the holy site. He served a prison term of six years for the attempted attack.

“The alertness and preparedness of the policemen led again to an arrest and to the prevention of another attack directed at security forces,” said a statement by the police. “We are ready and deployed throughout the Old City with reinforced presence for the safety of the public.” 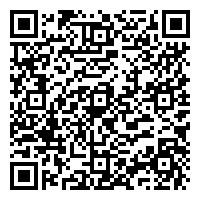