A rabbinical court in Netanya this week forced a divorced woman to facilitate the performance of a Jewish circumcision for her son, Behadrei Haredim reported.

During the divorce process, which Israeli Jews contest in rabbinical court, the husband requested that the regional rabbinical court in Netanya, about 20 miles north of Tel Aviv, to compel his wife to give their son a legal circumcision. The court accepted his request.

The woman argued that the rabbinical court does not have jurisdiction over her son, and may not decide on what constitutes a dangerous medical procedure for him, especially since the boy is not a party to the divorce procedure.

She argued that the authority to decide on this matter belongs exclusively in family court.

But the rabbinical judges, Rabbis Michael Amos, Sheur Pardes and Ariel Yanai, rejected the woman’s argument and determined that when a couple is in a dispute over the treatment of their son, the dispute may be resolve either in family or in rabbinical court.

“The circumcision,” wrote the judges, “is a simple surgery which is conducted on every Jewish baby eight days or older, around the world, for thousands of years. Therefore, when one of the parents demands it, the other party may not prevent it unless a medical danger can be proven.”

The judges added: “The minor’s entire educational construct depends on the performance of the Brit Milah-circumcision; therefore the mother’s claim that the circumcision is unrelated the child’s guardianship and education is refuted and rejected.

“The circumcision is the sign, the mark, the distinguishing detail of the Jewish identity of every Jew wherever he may be, and whatever his spiritual state. An uncircumcised Jew’s Jewish identity is incomplete and defective.”

Therefore, the mother’s request was rejected and the court ordered her to have the circumcision be performed within seven days, or suffer a financial penalty. 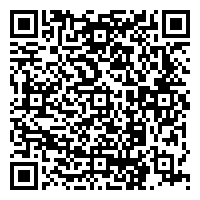