Weizmann Institute scientists have identified a promising new combination therapy for a particularly aggressive form of breast cancer, according to a recent report in the Cancer Research journal on the findings of their research.

Triple negative breast cancer is harder to treat than other types of breast cancer because it lacks three receptors that usually serve as targets for the anti-cancer drugs. As a result, treatment options are limited, and standard chemotherapy is often ineffective.


The potential dual-acting therapeutic strategy identified by Prof. Sima Lev and the research team not only inhibits tumor growth and survival, but also avoids the problem of drug-induced resistance.

EGFR – a cell-surface receptor – has been implicated in a number of cancers when it is over expressed due to mutations. PYK2 – a robust molecule previously discovered by Lev – plays a key role in breast cancer metastasis.

The scientists found that, in animal models, inhibiting either of these molecules alone led to a slight tumor reduction, but inhibiting them both together resulted in a more potent therapeutic effect, leading to a significant decrease in tumor size. 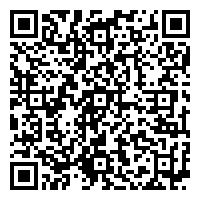