But that vigorous condemnation was not issued until after Israel’s UN Ambassador, Danny Danon, stood up and demanded the international community respond to terror attacks in the Jewish State “the same way attacks are treated in Paris and Istanbul.”


Two Arab terrorists from the sprawling village of Yatta, a suburb of Hebron in the southern Hebron Hills, opened fire with submachine guns in the popular upscale Sarona Center.

Ban conveyed his condolences to the families of the victims and the Government of Israel. “There is no justification for terrorism nor for the glorification of those who commit such heinous acts,” Ban underscored, adding that he was shocked that the leaders of Hamas have chosen to welcome this attack and some to celebrate it.

Ban called upon the Palestinian Authority leadership “to live up to their responsibility to stand firmly against violence and the incitement that fuels it.”

But it appears that Ban’s condemnation may not have been a spontaneous response to terror, but rather a response to pressure by Israel’s UN Ambassador Danny Danon.

It was Israel’s UN representative who demanded that the international body condemn the attack.

Immediately following the shooting, Danon called on the UN Secretary-General and the Security Council to condemn Palestinian Authority terrorism.

“Today’s attack is sad proof that when the international community refuses to condemn terrorist attacks against Israelis, the next one to come is only a matter of time,” Danon said in a statement to the UN.

Terror in Tel Aviv must receive the same response (from the international community) as terror in Paris, and terror in Istanbul,” he said.

“I urge the Security Council and the UN Secretary-General to unequivocally condemn this murderous terror attack and to demand that the Palestinian Authority leadership once and for all put an end to the hate speech that incites terrorism.”

Danon expressed his condolences to the families of the murdered and wished the injured a speedy recovery. “Israel stands by your side in this difficult period. Your pain is the pain of us all.” he said. 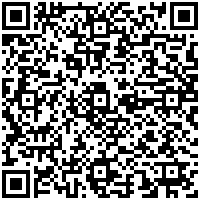