Due to the Islamic month of Ramadan, access for Jews to the Tomb of the Patriarch in Hebron will be forbidden on the following dates:


There may be changes to the Saturday and Wednesday lockouts.

Jewish prayers on those dates will be held at the plaza of the 7th Step. It is called the 7th step, as when the tomb was under Islamic control, Jews were not allowed into the tomb, and not allowed to step higher than the 7th step.

The Tomb of the Patriarchs in Hebron is the burial site of Abraham, Isaac, Jacob, Sarah, Rivka, Leah, Adam and Eve (and the head of Eisav).

It is sacred to Jews, and also to Muslims, who revere Abraham as a prophet and father of Ishmael.

For more information on scheduling changes, the Tomb of the Patriarchs administration can be reached at: 050-647-7776 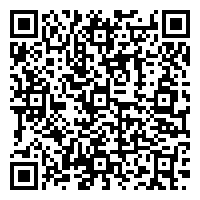