In 2014, cruise ship traffic to Israel decreased by almost two-thirds in comparison with the year before.

A cruise ship that docked in Ashdod during Operation Protective Edge was hit by shrapnel from a rocket. The AIDAdiva, a cruise ship with a capacity of 2,050 passengers and run by AIDA cruises in Germany (though the ship is owned by Carnival Cruise Lines in the United States) was hit by small pieces of shrapnel as it left the port of Ashdod towards Crete. There were no injuries, but AIDA did cancel the two following cruises stopover in Israel following the incident. Tazpit News Agency spoke with a spokesperson for AIDA, who confirmed “it is true that we cancelled the two remaining cruises in the 2014 season from docking in Ashdod, due to the shrapnel.”


AIDA’s website does have one seven day cruise available that will be returning to Ashdod in the 2015 season.

The overall trend of declining cruise ship traffic has its roots in a conflict between Israel and Hamas, but not the one of 2014. It was around the time of Operation Pillar of Defense in November 2013 that cruise operators began avoiding Israeli ports for their itineraries. Since cruises are generally planned six to twelve months in advance, the effects of that conflict are only becoming apparent now.

“The decline in cruise ship traffic isn’t just to Israel,” Director General of the Tourism Ministry Amir Halevy told Tazpit News Agency. “Since the Arab Spring, cruise operators have been avoiding the region, and now plan their routes elsewhere. Because they aren’t coming to the region, they aren’t coming here as well. But this is a long term trend, not a short term response to local situations.”

There is also a new trend that may be contributing to the drop in cruise ship entry numbers, and it is a positive one for Israel. Some people who come on a cruise are electing to stay overnight, such as in Jerusalem, and join up with the cruise later on. These people get counted as tourists instead of cruise passengers.

Estimates by the Israeli Ministry of Tourism show that 2014 is slated to end with a 7% decrease in entries into the country in comparison to 2013. According to statistical projections, there should be around 3.3 million visitors over 2014. There were 3.54 million visitors in 2013. The decrease is driven by the drastic drop off in tourism from July-October, which saw a 25% decrease in comparison with July-October 2013.

However, the number of actual tourists has so far increased by 2%. Tourists are defined as visitors staying for more than one night, as opposed to “visitors”, who stay less than one night. Considering the abject freefall in total entries from July until September, the Israeli tourism industry seems to be in a position of strength – 2014 was shaping up to be a record shattering year, tourist wise, until Operation Protective Edge; the numbers from January until July were so strong that the year will still close with an increase. 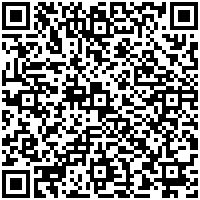