A veritable downpour of blessings rained down from the skies over Israel on Monday, flooding roads, parking lots and various tourist sites.

In the north, the Mount Hermon ski resort was closed to visitors due to the poor weather conditions.


Moving further south, The north-south Highway 90 was shut down in both directions near the Ein Gedi nature reserve, north of the Arugot River, due to flooding.

Around the same area, the Tamar Regional Council district canceled school sessions due to road conditions. Kibbutz Ein Gedi is located within the Tamar region, as is Masada and the Dead Sea hotel strip at Ein Bokek.

Further west, the sparkling new Be’er Sheva “Grand Canyon” Mall also caved to the weather: a section of the roof collapsed under the weight of the downpour.

All the way to the south, less than a mile from the Gaza border, the city of Sderot found some of its cars nearly swimming in the rainwater. Streets were flooded nearly halfway up the hubcaps of some of the cars.

In other towns around the country, some of the parking lots were flooded nearly to the car trunks.

Throughout the Negev, the average amount of rainfall was approximately three centimeters (1.2 inches). Tel Aviv was close – 2.7 centimeters (a bit over an inch), Haifa had nearly 2 centimeters (almost an inch) and Jerusalem saw four centimeters (about an inch and a half.) In the Golan Heights, about 45 centimeters of rain was measured in some areas (nearly 2 inches).

What all this means is that the water level in Israel’s biggest drinking water reservoir – Lake Kinneret, the Sea of Galilee – has risen by another 1.5 centimeters due to the rain. The level is now -212.65 meters below sea level, which is 3.85 meters below the top red line, at which point the lake would be filled to capacity.

The rain is forecast to continue throughout Monday. 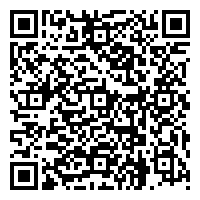