The Israeli Ministry of Foreign Affairs (MFA) announced on Sunday that Director General Dore Gold met with the president of the Republic of Chad, Idriss Déby Itno, at the Chadian president’s palace prior to establishing diplomatic relations with the Republic of Guinea last week.


“The meeting took place in the wake of Prime Minister Netanyahu’s visit to four African states, reinforcing the importance with which the prime minister views Israel’s relations with Africa,” stated the MFA on Sunday.

According to the MFA, Dir. Gen. Gold and President Déby Itno discussed topics of mutual interest to both countries, including ways to expand bilateral cooperation between them.

The announcement of the meeting between Gold and Déby Itno comes on the heels of Netanyahu’s statement last week that “yet another Muslim African country will announce reestablishment of ties with Israel.”

The Republic of Chad is an Arabic-speaking Muslim-majority state in sub-Saharan central Africa. Chad used to maintain official diplomatic relations with Israel, but severed ties in 1972 following intense pressure from its Arab neighbors and from Libya and Sudan.

Déby Itno is also the current chairman of the African Union (AU), a regional organization into which Israel wishes to be readmitted as an observer.

Netanyahu visited several sub-Saharan countries—Uganda, Kenya, Rwanda, and Ethiopia—earlier this month in order to gain allies in international forums such as the AU and UN.

“There are 50 countries in Africa,” Netanyahu said during his African tour. “Just about all of them, could be allies of Israel. They vote at international forums, and I know people don’t believe this, but I think we can change the automatic majorities in the U.N. and so on.”

Israeli President, Reuven Rivlin is also scheduled to meet on Monday with the president of the Economic Community of West African States (ECOWAS), Marcel Alain De Souza, who is currently visiting Israel. ECOWAS is a regional group of 15 West African countries and is meant to be a single large political and economic bloc.

The UN Security Council rejected a Palestinian Authority resolution calling for Israel to withdraw from Judea and Samaria in 2014. According to Ron Prosor, then Israeli ambassador to the UN, Rwanda and Nigeria, which are now friendly to Israel, helped balance the vote in Israel’s favor by abstaining.

In addition, Rwanda, along with India and Singapore, also delivered a critical vote in June within the UN Non-Aligned Movement in favor of making Israel the chair of a UN committee (the Legal Committee) for the first time in history.

While “changing the dynamics at the United Nations is not instant pudding,” as former Ambassador Prosor commented, the Israeli Africa-facing strategy shift seems to begin to bear fruit. 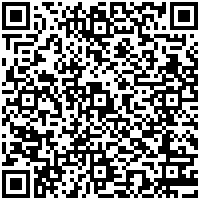