An initiative of the Israeli embassy in Senegal recently led to the inauguration of a drip-irrigated vegetable farm in the city of Fatick earlier in December. Managed by a group of Senegalese women, the farm plot was established following a request made by the First Lady of Senegal, Marième Faye Sall, to the Israeli Embassy.

The farm plot was established as part of the TIPA program, which began in 2006 as an initiative of the Embassy of Israel in Dakar and MASHAV (Israel’s Agency for International Development Cooperation) to alleviate poverty through agricultural innovation. The program is based on low-pressure drip-irrigation that saves water and produces improved quality of vegetables and fruits.


For the drought-prone region of Senegal, where 75% of the working population is involved with farming, the innovative Israeli program has been vital for fighting poverty in the Sub-Saharan African country.

According to the Senegalese newspaper, Enquete Plus, the farming project , which was established together with ‘Fondation Servir le Senegal’, involves 20 farm plots of 500 square meters and will be managed by a group of women.

“This agricultural area will allow groups of women of the Fatick area to conduct agricultural activities,” explained Fatou Danielle Diagne, the general director of the Fondation Servir le Senegal. “The farms will enable women to improve their crop yields to meet their financial needs.”

MASHAV’s long-term agricultural expert will also conduct capacity building activities for the farms in later phases of the project.

Between 70-80% of small-holder farmers are women in Sub-Saharan Africa. According to the Israeli Ambassador to Senegal, Eli Ben Tura, the TIPA program is adapted to the needs of Senegalese agriculture. He also noted that under MASHAV, 20 Senegalese go to Israel for training in various fields. “As part of the trilateral agreement (Senegal-Israel-Italy), which works to achieve food self-sufficiency, we have 70 sites in Thies, Diourbel and Fatick,” said Ben Tura in the EnQuete Plus report.

A trilateral partnership between the governments of Israel, Italy and Senegal addresses the issue of food security and income growth through the TIPA program and has directly benefited thousands of people in rural Senegal.

According to MASHAV, many distinguished guests attended the inauguration ceremony of the farm on December 5, which included Senegal’s Minister of Women, Family and Children, Anta Sarr; the Minister of Sport, Matar Ba, the district’s governor, the Mayor of Fatick, Israeli embassy staff and leading imams. 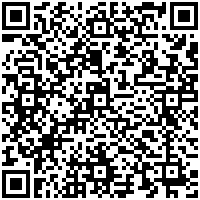