A study of artifacts in an ancient cave near Haifa indicated that humans first started using fire there approximately 350,000 years ago, Scienemag.org reported.

The Tabun Cave, located approximately 12 miles south of Haifa, “is unique in that it’s a site with a very long sequence,” according to University of Haifa archaeologist Ron Shimelmitz. His new study examined  “step by step how the use of fire changed in the cave.”

The Tabun Cave is rich in artifacts. It was occupied intermittently from 500,000 to around 40,000 years ago.

“Researchers examined artifacts previously excavated from the site, which are mostly flint tools for cutting and scraping, and flint debris created in their manufacture,” Sciencemag wrote.

An examination of approximately 100 layers of sediments in the depths of the cave deposits showed that none of the flints were burned from a period of approximately 350,000 years ago. Layers above that exposed many flints with red or black colors or cracking that showed they had been exposed to fire.

The researchers wrote in the Journal of Human Evolution that since wildfires were rare in cases, they were controlled by those who lit them.

There are indications from other sites that humans used fire before then but there is no conclusive evidence that they were  able to master its use.

Debates still rage among experts whether the use of fire actually began up to 2 million years ago or only more recently.

Harvard University’s Richard Wrangham said the Tabun caves study was “exciting” but not enough to convince him.

He agrees with Prof. Shimelmitz agree that whenever fire began, it changed the lives of humans by allowing them to cook and keep warm.

“There’s a reason people think we got fire from the gods,” Shimelmitz added. 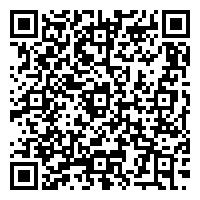