“I hope he will live up to his promise to eradicate anti-Semitism that has emerged in the party in recent years and like former Labour leaders, he will strengthen the friendship between Britain and Israel,” Katz stated Saturday night.


Starmer is replacing Jeremy Corbyn who has been embroiled in multiple incidents of anti-Semitism and has expressed extremist views against Israel and in support of terrorism.

In his victory speech Stramer declared he would seek out anti-Semitism within the party and “tear out this poison by its roots.”

Several Labour members have been involved in incidents of anti-Semitism but faced minor or no consequences.

Starmer’s wife comes from a Jewish family and her father is Jewish. She has extended family living in Israel.

“If the definition of ‘Zionist’ is someone who believes in the state of Israel, in that sense I’m a Zionist,” he told the Jewish Chronicle.

“As the new leader of the Labour Party, Sir Keir must disentangle the corruption that allowed antisemitism to be institutionalized in his Party,” the UK-based Campaign against Ant-Semitism stated.

“Those who committed antisemitic acts, those who interfered in disciplinary processes to protect them, and those who dismissed Jewish fears as being part of an orchestrated smear campaign must all be made to answer for their actions,” the anti-Semitism watchdog demanded. 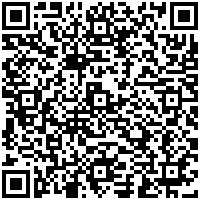