(JNi.media) Justice Minister Ayelet Shaked (Bayit Yehudi) has told the search committee that selects Israel’s next Attorney General that she wants them to conduct their head-hunting while keeping in mind that she plans for the job to be split.

Currently, Israel’s AG (the official title is actually “the government’s legal counselor”) has two main roles: he heads the prosecution, and is, in fact, above the State Prosecutor; and at the same time he provides his legal opinion to the government and to government-run organizations.


Shaked’s plan is consistent with her view that there is too much “consultant activism” in Israel’s executive branch. She believes that the fact that the attorney general has so much authority gives the office executive power it should not have. It also needlessly limits government’s ability to function, and, in effect, makes it harder for the AG to offer useful legal counsel in a timely fashion.

And, of course, the fact that the same person who offers ministers his legal advice would likely be the person who eventually prosecutes them for failing to adhere to his advice, is intimidating to elected officials.

Two of Shaked’s predecessors, Justice Ministers Yaakov Ne’eman and Daniel Friedman, have attempted to split the AG’s two main roles into two separate positions, but both were met with fierce resistance from AG Yehuda Weinstein and the entire Judiciary apparatus.

Minister Ne’eman said at the time that there isn’t “a single individual in Israel who can be entirely dedicated to criminal law enforcement, coordination with the police, the Money Laundering Authority and the Tax Authority, in order to achieve credible results.”

It is expected that Shaked will propose creating a new position of “General Prosecutor,” who would be in charge of law enforcement, while the AG could do what the job description of “Legal Consultant” originally called for: consult ministers on legal matters.

The Movement for Government Quality has called on Shaked not to split the role of the Attorney General, warning that such a move could lead to the destruction of the rule of law in Israel. The movement went on to suggest some supporters of the split are politicians seeking to free themselves from the yoke of the law.

Another popular movement, “Governability and Democracy,” supports the idea of ​​the split, saying that concentrating so much power in the hands of a civil servant, who bears no parliamentary or political responsibility, is inconsistent with democracy. 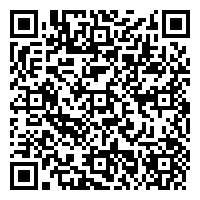