EL AL Israel Airlines and JetBlue Airways on Monday filed with the U.S. Department of Transportation seeking approval to codeshare, according to a MarketWired press release.

A codeshare agreement is an aviation business arrangement where two or more airlines share the same flight, so that each airline publishes and markets the flight under its own airline designator and flight number as part of its published schedule. A seat can be purchased on each airline’s designator and flight number, but is actually operated by only one of these cooperating airlines. Many major airlines today have code sharing partnerships.

Subject to government approval, EL AL will place its “LY” code on select JetBlue flights to and from JFK and Newark, which will presumably expand the options for EL AL customers throughout the United States.

David Maimon, President and CEO of EL AL, said, “We are proud to expand our cooperation with JetBlue, which is such a successful and highly reputable airline. The agreement between EL AL and JetBlue is a partnership that offers passengers more convenient options between Israel and North America. This improved agreement highlights the EL AL strategy to operate a global airline in an effort to advance tourism between Israel and the U.S.A.”

“We are delighted to move toward closer cooperation with EL AL, an important partner of JetBlue’s for many years, and make it even easier for customers to book travel with our airlines,” said Robin Hayes, JetBlue’s president.

EL AL and JetBlue have been interline partners since 2010, allowing customers to purchase single-ticket itineraries, combining travel on both airlines. 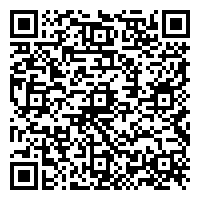