Police are investigating the death of Dr. Richard H. Warn, z’l, age 59, who was found dead by visitors in his home in a quiet Cleveland, Ohio suburb.

Warn’s body was found at his Brentwood Road home in the town of Beachwood just after 6 pm Thursday. There are several synagogues in the Cleveland suburb.

The doctor was a State of Ohio-licensed podiatrist. He is survived by his wife and three children.

Warn’s death is being investigated as a suspected homicide by Beachwood police and the Cuyahoga Medical Medical Examiner’s Office, according to a report published by Cleveland.com, which added that police didn’t leave the premises until Friday morning.

Terrorist Gets 16 Years in Prison for Stabbing Attack 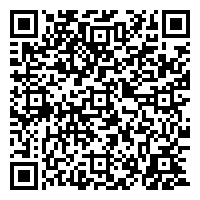