This report was filed from New York prior to the holy Sabbath.

IDF tanks shelled two Hamas posts in Gaza early Friday evening after a day in which some 9,000 Gazans rioted at five different sites along the border with Israel. Numerous attempts were made to breach the security fence as well.


The rioters hurled improved explosive devices (IEDs), Molotov cocktails and stones at IDF soldiers. In one incident, a Hamas terrorist hurled a grenade at a group of Israeli soldiers using the riots as cover for the attack.

Two Gazans were killed in the violence, according to the Hamas health ministry: Ali al-Aloul, 55, and Abdullah al-Qatati, 25. The latter was alleged to have been a medic; however, IDF troops were order to fire only at those who were actively engaged in damaging security infrastructure or activities that threatened the lives of soldiers, so Qatati’s real occupation is not clear. Another 300 others were allegedly injured in the riots, also led by Hamas.

A senior Israeli diplomatic official told Hadashot news that Arab claims of an Israeli agreement to a ceasefire were a lie. The confrontation is not over, according to the IDF: air strikes were halted once rocket attacks were stopped. A senior government official told Israel Radio that “quiet will be met with quiet.”

The IDF is also preparing for the next step in any confrontation that might develop; Iron Dome aerial defense batteries were deployed on Friday in the Gush Dan region of central Israel. Additional batteries have already been set up near major cities in southern Israel.

This report was filed from New York prior to the holy Sabbath. 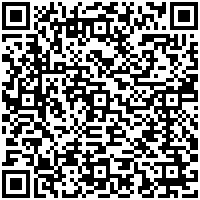