The leaders of the Jewish Federations of North America are calling for free Jewish preschool for every Jewish family in America.


The idea was one of four proffered by Silverman and Siegal to “intensify — and make affordable — the most effective vehicles for engaging people in Jewish life,” they wrote.

The two also called for tripling the percentage of Jewish kids attending Jewish summer camps, to 30 percent; more follow-up with alumni of Birthright Israel trips; and intensive investment in Jewish programming in parts of the country where Jewish density is high but Jewish engagement is low.

Asked in an interview with JTA if he has a road map to deliver free Jewish preschool to every Jewish family in America, Silverman said, “It’s an idea. These are four concepts and ideas. Our goal is to unpack these, take a look at these, take a look at the models that are already out there and see what this idea could really turn into. And once we unpack it we will be able to really see what is reasonable and what is executable. But we think it’s in the right direction.”

The Jewish Federations has changed its plans for the upcoming General Assembly in Jerusalem to make room for discussion of ideas to address the negative trends in American Jewish life evident in the Pew Research Center’s recent survey of U.S. Jews. The survey showed American Jews assimilating at faster rates than ever.

Silverman and Siegal offered little in the way of specifics.

On Birthright follow-up, the two authors issued a call for Birthright’s “gatekeepers to share this vast database of alumni contacts with us so that we have a mechanism to engage them in Jewish life.”

Silverman told JTA, “If we’re supporting this as a community and as philanthropists, then let’s make sure that we’re staying in some way and in some form and in the right way connected with these young people so they know there’s varying entry points into the community and into Jewish life.”

On the subject of Jewish camp, Silverman did not identify a particular strategy for increasing enrollment but told JTA that the Foundation for Jewish Camp, which he led for five years before he assumed the helm of the Jewish Federations, is working on a number of strategies for increasing market demand for Jewish camps.

“These ideas that Michael and I have written about are not set in stone,” Silverman told JTA. “These are ideas to question, to debate, to challenge. But we think they’re pretty solid because let’s start with low-hanging fruit instead of creating from afresh.

“We are very open and hungry to listen to dialogue that occurs. There may be another idea that comes out that’s better, so be it. We felt we needed to put our seeds in the ground to say OK, here’s what we see, here’s what we think. Let’s start the dialogue and put something on the table.” 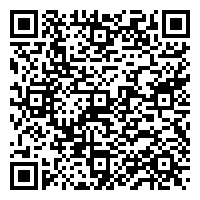