Students at Chicago’s Loyola University are mobilizing to convince the president of the student government to veto a resolution calling on the university to divest from companies that do business in Israel.

The Loyola United Student Government Association voted March 18 to call on the university to remove its holdings from eight companies that provide equipment to Israel for use in the West Bank. The companies include Caterpillar, SodaStream and Hewlett-Packard.


The vote on a measure proposed by the Loyola chapter of Students for Justice in Palestine passed 26-0 with two abstentions.

The efforts to overturn the vote are being undertaken with the support of the Jewish United Fund’s Israel Education Center and Metro Chicago Hillel, according to a statement issued by the two organizations.

Pedro Guerrero, the president of the United Student Government Association, or USGA, met with representatives of the university’s pro-Israel community and JUF’s Israel Education Center director on March 19, the day after the vote. Guerrero has 13 days from the approval of the proposal to veto the resolution.

Guerrero invited the pro-Israel students to present their position at the next meeting on March 25. He will then decide whether to uphold or veto the resolution.

The university has issued a statement saying the resolution passed by the student government is not the position of the university.

“The resolution calling for the University to withdraw or refrain from investing in certain companies providing products and services in Israel is a proposal being discussed by student government. It is not the position of Loyola University Chicago and we have not adopted this proposal,” said the statement. “As a university, we welcome open dialogue and debate on differing points of view. Proposals like this one benefit from broader campus discussion.”

If the proposal is vetoed, the student Senate can override the veto with a two-thirds majority vote. If approved, the resolution becomes the official position of the student body and is presented to the administration. 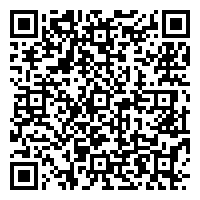