A general strike by Israel’s Foreign Ministry this year is having an unexpected effect on Jews thousands of miles away.

According to Foreign Ministry spokesman Yigal Palmor, the labor action has prevented the far-flung Israeli embassy from providing the much-needed goods for the Chabad-Lubavitch seder in Nepal — a world-famous event that draws nearly a thousand people annually to Katmandu. Chabad-Lubavitch representatives in Israel and New York could not be reached for comment.


Palmor said in an interview with The Jewish Press today (Monday), “The window is closed. I spoke with the ambassador yesterday and he explained they need a full month to be able to prepare for this event, and we are just three weeks away from Pesach.

“There is nothing that can be done about it,” he said.

But it’s not only the embassy in Nepal that has been affected by the strike. “Every embassy around the world is closed,” Palmor said.

“This means that every diplomatic function has been shut down. There are no diplomatic cables, no intelligence analyses or negotiations that we handle are being carried out, no visas or passports being processed, no public relations or other statements being made to foreign media in countries around the world – anything that has to do with foreign relations is stopped.”

The strike follows a year-long effort by Foreign Ministry workers to persuade the Finance Ministry to raise shrinking salaries and dropping pensions to “realistic levels.”

According to Palmor, the average gross monthly salary for a ministry worker hovers at around NIS 11,000 (approx. USD 3,000) – less than that of an experienced secretary in New York City. “In fact, an analyst makes less,” he said pointedly. “And if you add the expense of raising a family and the loss of a second income when the employee’s spouse must leave their job in Israel, for many of our staff it is simply not worth it to go abroad anymore. We are losing some of our best staff, and we have been unable to make government finance people come to their senses about this any other way.”

While ministry workers are struggling to wake up the Finance Ministry – and their own boss, Foreign Minister Avigdor Lieberman – Chabad emissary Rabbi Chezky Lifshitz still has a problem. Regardless, he will have to figure out how to feed 1,000 people on the first night of Passover, April 14, in Katmandu, with all the kosher-for-Pesach supplies necessary to grace the longest seder table in the world. 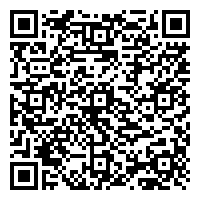