A month-long joint Israeli-US exercise, during which a Terminal High Altitude Area Defense (THAAD) system was deployed in Israel for the first time ever, was crowned a success.

The THAAD deployed from the 11th Air Defense Artillery Brigade, 32nd Army Air and Missile Defense Command (AAMDC) stationed at Ft. Bliss, Texas and the deployment incorporated some 250 soldiers based in the US and Europe.

During their deployment, the US troops worked in various locations throughout Israel and practiced operational procedures for augmenting Israel’s existing air and missile defense architecture.

“The IDF is working in cooperation with the American forces to enhance mutual coordination and operational capabilities to protect Israel’s skies,” the military stated on Monday after the drill concluded, noting that the drill is “another step in strengthening the long-term relations and close cooperation between the two countries.”

“The cooperation between the defense system and its American equivalent emphasizes the professionalism and operational strength that brings better protection to the skies of Israel,” stated commander of the Air Force’s Air Defense Division and the commander of the joint operation Brigadier General Ran Kochav.

Prime Minister Benjamin Netanyahu stated when the exercise commenced that “the deployment of the American anti-missile system in Israel is additional testimony to the commitment of the US to the security of Israel.”

“The American THAAD system is considered one of the most advanced systems in the world, and together with our defensive systems we are even stronger in order to deal with near and distant threats from throughout the Middle East,” he added.

He further lauded the “bond between the US and Israel” which “has never been stronger. I welcome the holding of this joint exercise”.

There are American crews deployed in Israel throughout the year, regardless of exercises. They train alongside Israeli crews both inside and outside of Israel so that they are prepared for when they are called upon to assist in defending Israel. 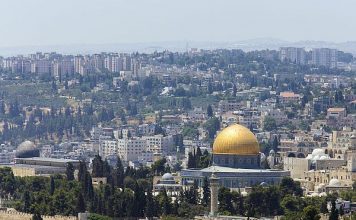 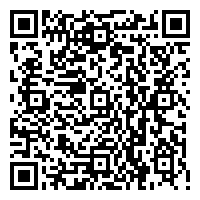