The court also ordered the terrorist to pay NIS 258,000 in compensation to Kukia’s family.

Khaled attacked Ron while he was waiting for a ride at a bus stop in Arab and stabbed him in the back several times, snatched his weapon and fled. Ron sought help from passers-by while bleeding from his wounds, but eventually collapsed and the medical personnel who arrived on site pronounced him dead.

Khaled told the Shin Bet (Israel’s Security Agency) after his arrest that he carried out the attack because he wanted to do something for the Palestinians and as revenge for the IDF’s operations.

The investigation further revealed that he identified with terror organizations and espoused extreme Muslim ideas.

Judge Natan Zlochover stated during the sentencing that Kukia was killed “only because he was a Jew. The defendant’s decision to carry out a murderous attack was pre-planned. It was the Defendant who conceived the idea of carrying out the attack and he was the one who carried it out. He carried out the actions following a distorted and murderous ideology. The defendant denied Ron’s right to life. ”

Arad’s Mayor Nisan Ben Hamo stated after the sentencing that the terrorist committed his act “out of deep evil, and therefore, despite the decisive verdict, it is hard to say that today complete justice was done.”

Itamar Ben-Gvir, a lawyer who represents the Kukia family and a candidate for the upcoming Knesset, created a stir in the courtroom when he shouted at the terrorist after the sentencing that “in a normal country, he would have been put to death.” 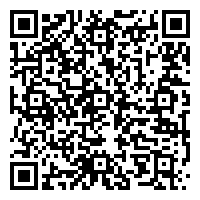