Jordanian Prime Minister Abdullah Ensour sent letters of condolence to the families of the two terrorists who committed the Har Nof Massacre, killing 5 people, and leaving behind dozens of orphans.

This is in followup to the prayers and moment of silence that the Jordanian Parliament held in honor of the two terrorists.

An estimated 80% of the population of Jordan identify themselves as “Palestinians”, which would make Jordan the Palestinian state, except for minor problem of the Hussein monarchy which is in the way of the majority. 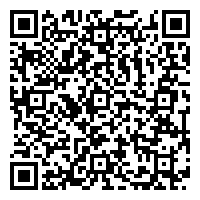