A Jordanian athlete failed to appear to a kickboxing match against an Israeli contestant at the European Championship held in Turkey, apparently a boycott against Israel.

Amir Assad, a 22-year-old Israeli Arab from the village of Jit, was slated on Tuesday to face his Jordanian opponent who failed to arrive at the match, and by doing so handed Assad the victory.

Assad is slated to face an Iranian opponent on Wednesday, but the Israeli team estimates that he will boycott him as well.

Assad, a European champion, said “there was no room for politics in sports,” and that he was not satisfied by his technical victory.

Ayelet, the Federation of the Non-Olympic Sports in Israel, called on all countries to follow the rules of the sports and to treat the Israeli athletes in a respectable manner.

“Boycotts are a manifestly non-sporting phenomenon, which is detrimental to the spirit of sports and to the athletes themselves,” the organization stated.

“It is especially unfortunate that an athlete from a neighboring country, which has a peace treaty with us, chose to do this ugly act,” it added.

In August 2018, a Judo competitor from Jordan ate so much ahead of the match that he flunked the weigh-in, disqualifying himself from competing against Israeli Sagi Muki.

An Iranian judoka pulled a similar stunt in February 2018.

In April 2018, a court in Tunis banned four Israeli athletes from competing at the taekwondo world junior championships.

That same month, Israel’s Judo team encountered hostility in Abu Dhabi when the country barred Israel’s team from donning national symbols and refused to play the Jewish state’s national anthem during the tournament.

Similarly, in one of the competitions, Israel’s Tohar Butbul beat the UAE’s Rashad Almashjari, who then refused to shake hands after losing. 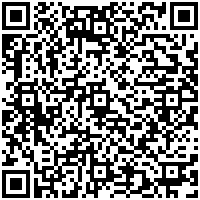