Attorney Joseph “Beau” Biden III, the eldest son of U.S. Vice President Joe Biden, has passed away from brain cancer. He is survived by his wife, Hallie, two children, a brother and a half-sister.

The younger Biden was age 46 when he was diagnosed and underwent surgery for the disease in 2013, according to CNN, after experiencing disorientation and weakness. He was treated at M.D. Anderson Cancer Center in Houston, TX.


His health problems, however, date back to 2010, when he first experienced a mild stroke that did not affect his speech or motor skills.

Biden, an Iraq War veteran who served as Attorney General of Delaware, was given a clean bill of health after the surgery. However the disease reappeared this spring; despite aggressive treatment at Walter Reed National Military Medical Center in Bethesda, MD, he died Saturday evening, surrounded by his family. 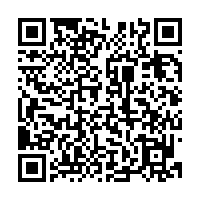