Parents carried little ones on their shoulders, and held five-year-old children by the hand. Older children gripped their blue-and-white flags tightly and waved them in the breeze as the marching bands played music to dance by — some of them not understand the tears in their grandparents’ eyes.

Tens of thousands of Jews turned out Sunday (May 31) to show their pride in being Jewish, in their visceral connection to the Jewish State, the reborn State of Israel. Politics aside, military threat aside, Israel’s desire for peace was in citywide evidence in the very theme for the event: “Israel Imagines Peace.”


Sponsored by some 35 organizations that included the Jewish Community Relations Council of New York, the government of the State of Israel and the UJA Federation, this year’s lineup featured some 40,000 marchers, according to UJA Federation CEO Eric Goldstein.

This year’s Grand Marshals were two representatives for the Russian-speaking Jewish community, Alan Meskin and Angela Reyzelman. “Jews originating from the Soviet Union were instrumental builders and warriors of the State of Israel and also directly benefited from the creation of the state in 1948, as for many, Israel became a safe haven, a land of opportunity and a new home,” explained organizers on the Celebrate Israel New York (CelebrateIsraelNY) website.

Numerous prominent Jewish personalities participated in the parade; Dr. Ruth Westheimer made a surprise appearance as well, telling FOX television co-anchor Becky Griffin: “It is very important to support this parade, especially today… Imagine living with a Palestinian neighbor, and everyone living in peace – that’s the most important thing for you and me.”

At least 100,000 people lined both sides of Fifth Avenue to watch the marchers make their way up the famous avenue from 57th Street to 74th Street.

The New York Police Department’s Shomrim Society — the organization of Jewish police officers — was one of the first groups to lead off the parade, as always. The city’s Fire Department also marched, as it does to honor every ethnicity in New York, most of whom are also represented on the force as well.

The parade stepped off at 11 am and continued through until 3pm; at about 2 pm, a light rain began to fall on marchers and spectators – but no one paid any attention to the droplets.

“This year’s parade is the largest in the history of the event,” JCRC executive vice president and CEO Michael Miller smiled. “Next year it will be just as big – if not bigger!,” he added.

Perhaps the group that summed up the experience best was RAJE, the Russian American Jewish Experience, which ran the banner, “Let My People Know!” 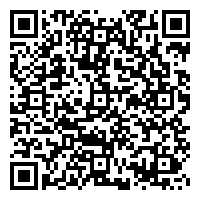