The plan was approved by the United Nations General Assembly by 33 votes to 13, with 10 abstentions.The plan would have partitioned the territory of Mandatory Palestine into Jewish and Arab states, with the Greater Jerusalem area, including Bethlehem, coming under international control.

As we all know, the Arab countries, instead of taking the opportunity to build yet another Arab state, decided to attack and try to destroy Israel in the following May of 1948. The Arabs lost, and Israel began to expand back into its natural and historical borders, which continued on in 1967.

The Partition Plan wasn’t actually something to celebrate about, as previous international decisions, most notably the San Remo agreement and Balfour Declaration, had designated all of the Land of Israel for the Jewish People, and the decision of November 29th, actually stripped away significant parts of our country from us.

But still, for those alive at the time, it meant international recognition with practical applications under international consensus and law for creating a Jewish State. and they were willing to take whatever they could get.

In Hebrew, the 29th of November is more commonly referred to as “Kaf-Tet B’November”. 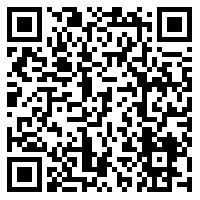