U.S. Secretary of State John Kerry responded with respect and compassion to news of the murders of the three Israeli kidnapped teenagers in a statement issued late Monday afternoon, June 30.

Although short, the statement was noticeably more emotionally engaged than was the one issued by President Barack Obama.

In particular, Kerry’s statement refrained from Obama’s implied threat to Israel not to take any action that might “further destabilize” the situation. How the president’s speechwriters were so tone deaf as to insert in a two short paragraphs statement a rebuke to the Israelis at such an intensely painful and emotional moment is hard to understand.

Kerry also did not take the opportunity to commend the Palestinian Authority for allegedly working together with Israel in securing the boys’ bodies, as did President Obama.

The secretary of state’s statements were focused on the pain of the Israeli people, the compassion felt by a fellow human being and father, and the need to bring to justice the perpetrators of the heinous deed.

This is Kerry’s statement:

The news of the murder of these three Israeli teenagers — Naftali Fraenkel, Gilad Shaar, and Eyal Yifrach — is simply devastating. We all had so much hope that this story would not end this way. As a father, there are no words to express such a horrific loss that shakes all people of conscience. We pray for these three boys and their families, and together we grieve with all the people of Israel. Knowing that Naftali was also an American citizen makes this an especially heavy blow not just to Israel, but to the United States.

We condemn this despicable terrorist act in the strongest possible terms. The killing of innocent youths is an outrage beyond any understanding or rationale, and the perpetrators must be brought to justice. This is a time for all to work towards that goal without destabilizing the situation. 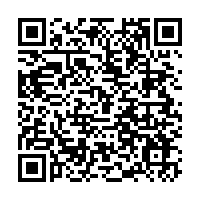