U.S. Secretary of State John Kerry on Monday said Jewish diplomat Daniel Rubinstein would replace Robert Ford as the diplomat guiding the U.S. response to the crisis in the country.

“It’s more than fair to say that he is among our government’s foremost experts on the Middle East and has served with distinction in some of our most challenging and high profile regional missions, including Damascus,” Kerry said in a statement.


“Wherever he’s served — from Jerusalem to Amman, from Baghdad to Tel Aviv, from Tunis, to the Sinai, and most recently back in Washington in the INR Bureau where I was reacquainted with him — Daniel has excelled,” Kerry said.

INR, the Bureau of Intelligence and Research, is the State Department’s intelligence branch.

Rubinstein’s biography says he is fluent in Hebrew, Arabic and Portuguese.

He served as consul-general, the top U.S. official at the Jerusalem consulate, from 2009-2012 and directed State’s Office of Israel and Palestinian Affairs from 2004-2005. 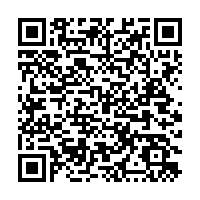