Kerry’s statement, released on Tuesday, Dec. 15, noted that a Dec. 2 assessment by Yukiya Amano, Director General of the IAEA, revealed Iran had engaged in activities consistent with a nuclear weapons program as recently as a mere six years ago.


For some reason, Kerry seemed to find that reassuring.

The Secretary of State said that with the consensus adoption by the IAEA Board of Governors, it will now be able to “turn its focus now to the full implementation and verification of the Joint Comprehensive Plan of Action (JCPOA).”

In other words, everyone can now move towards lifting sanctions against Iran which not only continued to lie about its past nuclear activity, but which has already twice violated United Nations missile bans on it since the time the JCPOA was agreed to in July.

Iran’s latest violation of the missile ban was made public by a United Nations Panel in a report dated Dec. 11, Reuters reported on Tuesday. That report was forwarded to the UNSC’s sanctions committee.

Iran has consistently said it will defy any limitations on its ballistic missile program, whether enshrined in UN resolutions or otherwise.

Congressman Mike Pompeo (R-KS) was outraged by the IAEA’s decision, and the green light it gives to the administration’s willingness to move towards implementation of its nearly toothless Nuclear Iran Deal.

“The vote today is a total capitulation to the Iranian regime’s aggressively dishonest behavior with respect to its commitment under the Joint Comprehensive Plan of Action (JCPOA). Sadly, though not surprisingly, the IAEA Board of Governors closed the investigation into Iran’s nuclear program, despite proof of Iran’s dishonesty and in the absence of thorough, truthful answers to many outstanding issues. The president will now use this decision to lift sanctions on Iran without having the complete truth regarding its nuclear weapons related activity. This is a grave and historic error that sends the wrong message,” wrote Pompeo.

The Kansas member of Congress pointed out that the Iran deal, which lasts for more than a decade, means many more years of the U.S. and its partner nations look the other way while the world’s leading sponsor of terrorism continues “cheating, lying, and breaking the rules.”

“This is wholly unacceptable and will most assuredly lead to more of the same from Ayatollah Khamenei. Other rogue nations now know too that America will accept deceit and fraud in dealings with respect to nuclear proliferation.”

Kerry said on Tuesday that the watchdog agency can still investigate Iran if “there is reason to believe” that country is “pursuing any covert nuclear activities in the future, as it had in the past. In fact, the JCPOA – by providing for implementation of the Additional Protocol as well as other enhanced transparency measures – puts the IAEA in a far better position to pursue any future concerns that may arise.”

The IAEA may be able to continue to investigate, but given that past violations have been met with no consequences, it’s a cold assurance that such investigations can continue.

Today’s resolution makes clear that the IAEA’s Board of Governors will be watching closely to verify that Iran fully implements its commitments under the JCPOA. We will remain intensely focused going forward on the full implementation of the JCPOA in order to ensure the exclusively peaceful nature of Iran’s nuclear program.

How’s That Again?: The Biden Administration’s ‘Anti-Racism Rule’ For Physicians 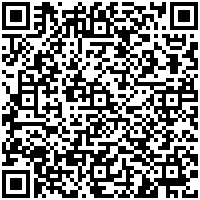