Kosher Delight, one of the longest surviving kosher establishments in Manhattan, sold its last burger on June 17.

Since opening in 1984, the restaurant has been a fixture for any Jewish tourists visiting New York and almost every religious Jew in the city has eaten there at least once. The news was originally posted by Dani Klein on his blog, YeahThatsKosher.com. He said that reaction has been mixed since he had started blogging about the closing.


“A lot of people say it’s about time, and a lot of people are complaining: what am I going to do before the Knicks or Rangers game?” Klein said. “It’s a mainstay for our generation. I happen to love the Double Delight. I still think it’s one of the best burgers if you like that type of burger.”

Klein had reservations though.

“It definitely wasn’t the cleanest place,” he said. “If you ever went down to the bathroom, not only was it scary but it smelled like dead chickens.”

Klein said he wasn’t sure about the reasons for the closure, but suspected it had to do with declining sales and health food violations. His blog quoted the most recent New York Restaurant report that cited seven violations, five of which were rated as major. In the inspection prior to that, the restaurant received a grade of A. The restaurant was written up for 49 violations.

Ratings for the restaurant according to Yelp, the online review site, were negative.

Zechariah Mehler, a kosher food critic for Long Island-based newspaper, The Jewish Star, said he believed declining standards had led to the closure.

“Even by the standards of fast food, the quality of KD had been declining over the past few years,” said Mehler. “That decline, mixed with the rising number of fast food and lunch spots in the area must have seriously impacted the restaurant.”

A person identifying themselves as a member of the Huberfeld family that owned the Kosher Delight in midtown and the one in Brooklyn said that the closure was caused by simply a new lease.

“After 28 years at this location, the current landlord did not offer a lease renewal to Kosher Delight at a price that Kosher Delight could afford,” the Huberfelds’ impromptu spokesman said. “Sales have remained consistent over the last several years. Different competitors have come and gone, but our strong and loyal customer base has remained and contributed to our success. As a matter of fact, as news of the store’s pending closure circulated, we received hundreds and hundreds of emails asking if we plan on re-opening.”

The spokesman said that the Brooklyn location on Avenue J, which has been open since 1979, will continue operating.

In many ways, blogger Klein said, the closure of Kosher Delight was emblematic of a larger trend in kosher food.

“I think that we’re seeing a surge in restaurants that are classier — even cheaper restaurants that are cleaner and more modern,” Klein explained. “We don’t expect cheap prices because kosher is never cheap, but at least we could get a clean environment with a smile. Because we keep kosher… doesn’t mean we need to sacrifice quality and ambience.”

Kosher Delight is the third kosher restaurant in Manhattan to close down this year. Clubhouse Cafe, owned by the Le Marais restaurant, closed last week. According to Klein, Clubhouse was forced out by a new owner who is turning the building into a mall.

Klein says Clubhouse is looking for a new location and the owners expect to rebuild in half-a-year.

J2 Pizza, which billed itself as “The Most Famous Kosher Pizza Place in the World” and whose wall was littered with pictures of famous celebrities who visited the midtown restaurant, left their pervious location and moved to 35th street and 5th and 6th avenue.

Klein claims that this was also due to a rent increase combined with being shut down several times for health code violations. The restaurant now operates under the name “The Jerusalem Cafe.”

“J2 was very much affected by the neighboring restaurants,” said Zechariah Mehler. “Plus they had been shut down so many times by the New York Board of Health, they knew that their name needed to be changed for them to survive. As if that would make us forget their there salad bar lacked a sneeze guard.” 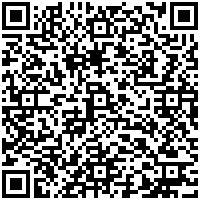