In another spin of the cycle of well-publicized deaths of black unarmed Americans at the hands of police officers and random police officers being shot dead out of rage at the situation, there was another shooting overnight in Los Angeles.

Two officers from the LAPD’s 77th Division were in their patrol car responding to an unrelated call Monday evening, Dec. 29, when two men opened fire on them.


Los Angeles Police Department Captain Lillian Carranza said that several rounds were shot in the direction of the officers, and that it “was a completely unprovoked attack.”

The incident took place in the Vermont-Slauson neighborhood of South L.A. It happened around 9:20 p.m. local time.

During a Monday afternoon news conference, LAPD Chief Charlie Beck explained that the officers “observed muzzle flashes and heard gunshots coming from two male pedestrians. They believed that they were the object of an attack and returned fire,” KTLA 5 reported.

Beck added that a rifle, a pistol and multiple shell casings were found at the scene.

Eighteen-year-old Christopher Taylor was taken into custody and charged with suspicion of shooting at an occupied vehicle.

After an eight-hour six-block manhunt, the police were unable to find a second shooter and the manhunt and lockdown in the neighborhood was called off. Police are continuing to follow leads to find the other person present at the scene Monday night.

“Obviously, with what happened in New York and what we know is a sentiment right now nationwide…when you put on your uniform, you’re very much aware that there are some currents of anger toward police,” said LAPD Det. Meghan Aguilar. “We’re aware that we could be a target for individuals that are angry at law enforcement right now.”

A motive for the L.A. shooting was not known.

Anyone who witnessed anything suspicious in the area has been asked by the LAPD to call 911. 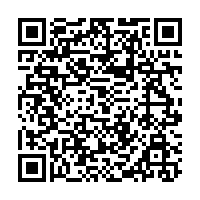