“So close, and yet so far,” could effectively describe the status of coalition talks according to leaks, rumors and reports.

At the moment, coalition talks are reportedly circling primarily around the Education Ministry that Likud-Beytenu wants to keep, and which Yair Lapid is demanding at all costs.


Some within Likud-Beytenu believe that Lapid is not interested in forming a coalition at all, and wants to drag out the process until the upcoming deadline forces new elections, as polls indicate his position might strengthen even further if elections were held again.

Likud-Beytenu is also saying that they will once again approach the Hareidim if Lapid doesn’t start to back down from all his demands.

Another rumor is that HaBayit HaYehudi (Jewish Home) is getting frustrated and angry at Lapid, and feel he is taking advantage of the strength they’ve given him with their alliance.

The rumors are saying that Likud-Beytenu will leave Lapid out of the coalition, and are specifically not mentioning HaBayit HaYehudi in that threat.

On Tuesday night, a senior member of Shas was supposedly called in to meet the Prime Minister. The rumors say it was either Aryeh Deri or Eli Yishai.

Netanyahu might have called the senior Shas member in to pressure Lapid, or alternatively, Netanyahu might actually be trying to form a coalition without Lapid, if he believes that Lapid is trying to drag the country to new elections.

Another rumor, which would be very significant if true, is that Labor leader Sheli Yachimovitch secretly met with Shas spiritual leader, Rav Ovadia Yosef, Tuesday evening.

With just days left, anything could be happening at this point. 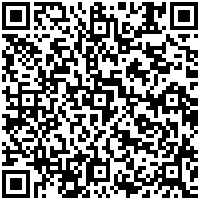