The IDF has confirmed reports that Lebanese soldiers caught an Israeli citizen who jumped over the border fence near Rosh HaNikra, on the northeast Mediterranean Coast.

His identity has not been released, and it is not known if he is Jewish or an Arab, nor are there any clues regarding his motives.

Israeli army officials are investigating how the man crossed the border without being spotted by soldiers.

Lebanese officials are questioning the man, described as 34 years old. 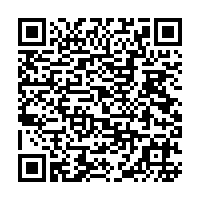