It’s been over a year since global headlines featured Naama Margolese, eight years old at the time, being spit on and verbally assaulted by several haredim in Beit Shemesh for not adhering to their standards of modesty. Understandably, the image of a young girl being called “prostitute” during her walk to school evoked the ire of thousands. The rift between secular and ultra-Orthodox Jews grew in size and depth. Demonstrators waved signs criticizing the invective at Naama, and a Facebook page titled “Protecting Little Naama” quickly garnered 10,000 likes.

As deplorable as this episode was, it did accomplish one feat: shedding light on a dilemma that had been waved away under the shadow of more demanding national concerns like security, Hamas, and Iran. Israeli politicians, secularists and Orthodox Jews suddenly endeavored to find a delicate equilibrium between the sects, a coveted unity and a necessary harmony. Various organizations have become increasingly motivated to seek an answer to this predicament. For instance, Gesher, an Israeli-American organization, has been specifically formed to bridge the gaps between different segments of Israeli society.

Bronner, a former New York Times Jerusalem bureau chief, initiated the conversation and, as he promised, laid out the problem. He discussed the secularists’ grievances toward haredim. First, many haredim choose not to work despite having large families. Haredim insist on learning in yeshiva and relying heavily on the government’s financial support, he said. Secular Israelis are perturbed that their tax money is being distributed to men who sit and sway in Torah study halls.

The second gripe, Bronner continued, involves the haredim’s ambivalence toward the state of Israel. Anti-Zionist sentiments cause haredim to resist joining the army or partaking in national service. Instead, they believe they add a spiritual defense to the nation through learning.

Cultural differences also cause bickering between secular and ultra-Orthodox citizens, Bronner said. Secular Israelis celebrate public women like Golda Meir and Tzipi Livni while haredim seem to them to be misogynistic and segregation-obsessed.

Yet how are we expected to smooth out the terrains that separate two ideological and political counterparts? Rabbi Shafran, director of public affairs for Agudath Israel North America, believes that although it may seem like a herculean task, each party must try to comprehend the other. “Are we here to listen to ourselves, or are we here to listen to other people? We must see how the ultra-Orthodox view secular Jews and vice-versa. Oh, and please don’t think that I just say this here in Manhattan. I say this in my own community too,” Rabbi Shafran said.

Rabbi Shafran validated the ultra-Orthodox conviction that Torah study is one of Israel’s best insurance policies. “The Gemara in Tractate Bava Basra tells us that the Torah scholar does not participate in the payment for watchmen to protect the community because the Torah itself is his fortification/protection,” he said. “We also believe that modesty is not misogynistic, but a vital part of our religion – just like charity or prayer.” Ultimately, he said, compromise will only result when each group seeks to understand the other’s core tenets and values.

Similarly, Ilan Geal-Dor, Gesher’s CEO and founder of the Beit Shemesh Roundtable Forum, affirmed that healthy dialogue is the blueprint for peace. The Roundtable is planning a monthly meeting with Beit Shemesh’s haredi and secular community members. Optimistic about Gesher’s and Roundtable’s efforts, Geal-Dor said, “In this way, problems can be settled in advance.” He asserted that the average ultra-Orthodox Israeli is more open to conversation than most would expect. (This includes Shmuel Pappenheim, the Toldos Aharon haredi famous for rallying against the violence of extremists, who proclaimed, “I’m anti-Zionist, but I also have to be practical.”)

When Goldman, the moderator, asked Geal-Dor what pragmatic steps existed to get haredim to amalgamate with the rest of Israeli society, he replied, “We must find a way for them to learn a profession at an early age.” He also said that the “Israeli government should cooperate with the haredim and create military units that provide strictly kosher food, and [they should] separate the genders.” 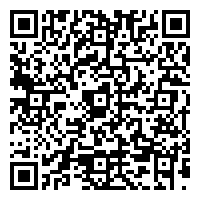